The Ultimate Guide to Astrological Symbols 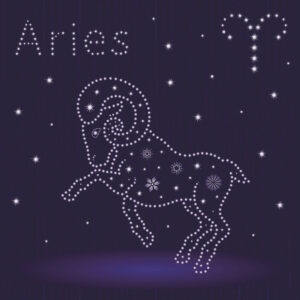 The symbol of Aries is the Ram. You can see in the symbol the horns of the ram, an enthusiastic and aggressive animal. The story behind this symbol and using the ram to symbolize Aries comes from a legend about the winged ram called Chrysomallos in Greek mythology. In the story about Jason and Argonauts, an important role plays the Golden Fleece which is said to belong to Chrysomallos. Since then, energy and assertiveness of the ram have always been associated with Aries. 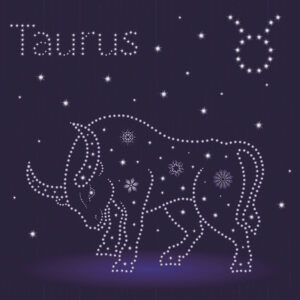 The sign of Taurus is easy to recognize among astrological symbols. It looks like the head and horns of the bull. This sign might have originated from Ancient Greece and Egypt, where there were stories and myths about the bull-king. Like the animal behind it, Taurus is one of the strongest and most stubborn from Zodiac signs. But at the same time, people born under this sign are gentle and sympathetic. It might be hard for Taurus to embrace change and very important to have financial stability. 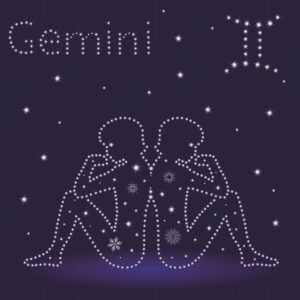 The astrological sign of Gemini symbolizes twins and takes its roots from a Greek and Roman myth about Pollux, the son of Zeus, and his mortal brother Castor. According to the legend, Pollux asked his father to take half of his immortality and share it with his brother. As a result, the twins remained in the sky as the constellation Gemini. Among Zodiac signs, this is one of the two representing dualities, with the other sign being Pisces – good and bad, light and dark, night and day. People of this sign are friendly, but often moody, feeling as if they are living two lives. 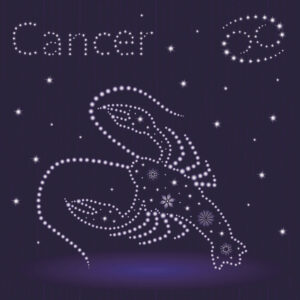 In Greek mythology, a giant crab was sent to distract Heracles during his second labor, which involved slaying the Hydra. However, the crab was slayed almost immediately by the hero, without having the chance to get in his way. This is where the symbol of Cancer comes from, with the two elements representing the powerful claws of the crab. People of this sign can be tough on the outside, just like the shell of the crab, but they are very kind and gentle on the inside. 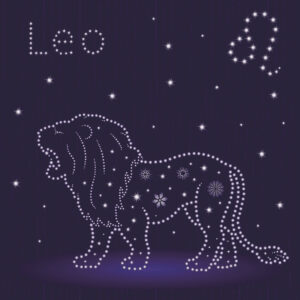 The story behind the sign of Leo also goes back to Ancient Greece and Heracles. There was a vicious creature that no mortal could kill called Nemean lion. Its fur was impenetrable, and its claws were as sharp as knives, so no one could beat the beast except for Heracles. The curve in the symbol is the lion’s mane, the graceful and proud creature. People of this sign are vital and full of energy, extroverted and friendly. Just do not make the lion angry.

Virgo, the virgin, is one of the two Zodiac signs that represents a human being, the other sign being Aquarius. Its sign looks like the letter “M” and is said to symbolize female body parts ruled by this sign, such as the ovaries, uterus, and vagina. The story behind this sign comes from Astraea, the Greek goddess of purity and innocence who was also a virgin. Virgos are usually very intelligent and open-minded people who care a lot about their diet and lifestyle. They are curious and have a well-developed intuition. 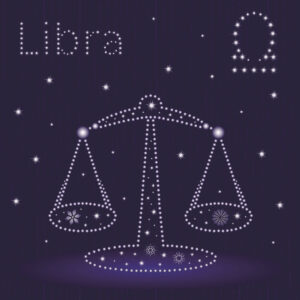 While other astrological symbols represent animals or people, Libra actually stands for the scales, an inanimate object. These scales belonged to a Greek goddess of justice, law, fairness, and divine order. Libra is about harmony and balance because the Sun starts its way through this sign during the fall equinox, when the length of the day is equal to that of night. People born under this sign have a strong sense of justice and make decisions only after weighing all the pros and cons. They are caring and sympathetic, making for reliable partners. 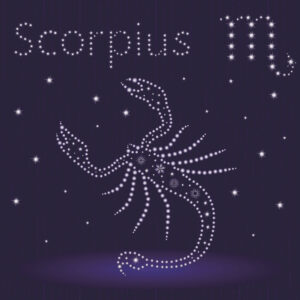 The symbol of Scorpio looks similar to the symbol of Virgo because it also resembles a letter “M,” but the letter ends with an arrow pointing to the side representing the stinging tail of the scorpion. Among the astrological symbols, Scorpio is the only sign associated with two animals, The Eagle and The Scorpion. The Eagle, in this case, symbolizes scorpion’s higher nature, as it is concerned with rebirth, transformation, and rising above its vengefulness. People born under the sign of Scorpio are usually the driving force behind the change. They are drawn to the unknown and unexplored. 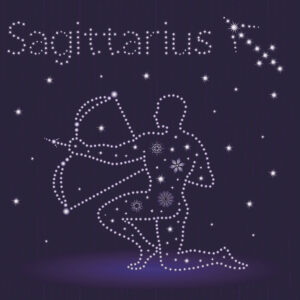 Sagittarius is depicted as a centaur, a mythical creature with the upper body of a man and lower body of a horse. The symbol of this sign is a rough depiction of the bow and arrow that centaur is holding. It is thought that this sign is based on the story of Centaur Chiron, who nursed Achilles. Just like the symbol suggests, people of this sign are always ready to rush off into new adventures, with arrow representing their ambition and drive forward.

Capricorn symbolizes a mythical creature with the body and head of a goat but the tail of a fish. In the symbol, you can see the goat’s horns shaped like the letter “V” and its tail, curling behind. Ancient mythology tells many stories about sea goats that ruled the ocean. Capricorn natives are ambitious and intelligent, intuitive, patient, and responsible. It might take some time before they open up to a new person, but they hold their true friends dear.

Like Virgo, Aquarius is one of the two Zodiac signs symbolizing a human being. Its symbol is two wavy lines that represent the waves on the water surface. The constellation is pictured as a man pouring water on the land below out of a large jar. In Greek mythology, Ganymede was the water-bearer in the Olympus, who Zeus brought from the mortal world because of his incomparable beauty. Aquarius are people with a strong sense of justice and analytical ability. They are also good communicators.

Another duality in astrological symbols is the sign of Pisces. Two fishes swim opposite each other, although joined together. This sign takes its roots from a Greek myth where two fish helped the goddess Aphrodite to flee her home. In the symbol, one fish is thought to swim toward individual goals, while the other wants to do good for others, so when they are together, they are balanced but struggling at the same time. People of this sign are reliable and honest, and their determination helps them overcome hardships.

After learning the story behind each of the astrological symbols, do you recognize more of your Zodiac sign’s features in yourself? Now you know that there is more to your sign than meets the eye.

Page load link
By clicking "Allow All" you agree to the storing of cookies on your device to enhance site navigation, analyse site usage, and assist in our marketing efforts. Cookie Notice
Customize SettingsAllow AllReject All
Manage consent

This website uses cookies to improve your experience while you navigate through the website. Out of these cookies, the cookies that are categorized as necessary are stored on your browser as they are essential for the working of basic functionalities of the website. We also use third-party cookies that help us analyze and understand how you use this website. These cookies will be stored in your browser only with your consent. You also have the option to opt-out of these cookies. But opting out of some of these cookies may have an effect on your browsing experience.
Necessary Always Enabled
Necessary cookies are absolutely essential for the website to function properly. These cookies ensure basic functionalities and security features of the website, anonymously.
Others
Other uncategorized cookies are those that are being analyzed and have not been classified into a category as yet.
Performance
Performance cookies are used to understand and analyze the key performance indexes of the website which helps in delivering a better user experience for the visitors.
Analytics
Analytical cookies are used to understand how visitors interact with the website. These cookies help provide information on metrics the number of visitors, bounce rate, traffic source, etc.
Functional
Functional cookies help to perform certain functionalities like sharing the content of the website on social media platforms, collect feedbacks, and other third-party features.
Advertisement
Advertisement cookies are used to provide visitors with relevant ads and marketing campaigns. These cookies track visitors across websites and collect information to provide customized ads.
SAVE & ACCEPT
Go to Top